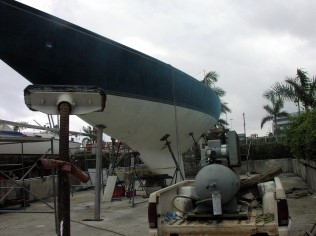 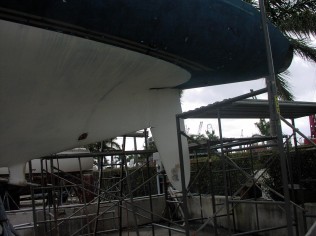 DEFENDER ended up in Florida in late 1994.  She landed at Cracker Boy Marine and would stay on the hard for 14 years!  A new Owner stepped in and started his own refit during which she was painted and the systems serviced.  She was launched in 2008 but sadly never sailed instead languishing on a mooring off the Intercoastal.

The owner passed away and the prospects were looking pretty grim that she might either sink or get sold for scrap.  Fortunately, help would be on the way with a new owner and a project manager that cared about her fate and wanted to make sure she didn’t disappear.